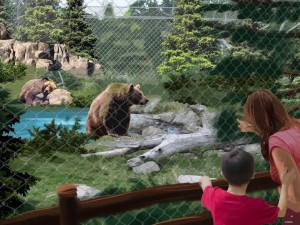 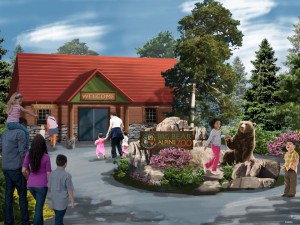 (St. Louis, MO – January 20, 2015) – PGAV Destinations has been selected for the design of the relocation of the Big Bear Alpine Zoo (BBAZ), California’s only wild animal rescue and rehabilitation facility of its kind.

BBAZ offers a safe haven for injured, orphaned, and imprinted wild animals, aiming to enhance human understanding and respect for the value of our ecosystem. Begun in the aftermath of a 1959 San Bernardino National Forest wild fire, BBAZ is home to a wide range of injured, abandoned, or illegal-pet-recovery animals. The plan calls for the Zoo to relocate a short distance within the City of Big Bear Lake.

“This project is a really exciting one that we can’t wait to help succeed,” says PGAV Destinations project lead Stacey Tarpley. “The primary goal of this Zoo project is to create a highly-functional space for animals with very specialized needs. This is not about creating a thematic overlay or creating a guest-immersion environment; it’s about creating the best environments that can support the best possible lives for these animals with unique disabilities.”

The animals suffer from a wide range of challenges, such as injuries sustained from cars and illegal hunting, birth defects (such as the Zoo’s one-eyed snow leopards), or animals orphaned at a young age, unable to return to the wild. Other animals include Huckleberry, the Zoo’s beloved three-legged black bear, more than 30 birds of prey, a family of grizzly bears, two timber wolf packs, a pair of orphaned sibling mountain lions, and many more.

PGAV Destinations was chosen based on the firm’s hands-on expertise and extensive history in zoo and destination location designs. The team will be overseeing the design of the new Zoo’s exhibits, support facilities, interpretation, landscaping, and staff facilities such as ticketing, retail, and offices.

“PGAV Destinations was the best possible option [for this project],” said Debra Richardson, BBAZ curator. “I think they’re awesome. They’re an excellent company, they’ve done a lot of work with different zoos, and they’ve worked with us in the past, so we know the quality of the work.”

“We’re really focusing on how to tell the Zoo’s story and how to bring their mission to the forefront of everything at the new site,” said Tarpley. “We’ll be drawing on our recent experiences with similar-missioned projects like the Heart of Africa at the Columbus Zoo, Glacier Run at the Louisville Zoo, Edge of Africa at Busch Gardens, and Florida’s Dolphin Research Center.”

One of the most unique challenges of BBAZ’s relocation and redesign is the approach to designing the animals’ exhibits. Whereas normally zoo exhibit designers understand the populations of animals that will reside within the future exhibits, such as “six giraffes, two cheetahs, one hippopotamus, etc,” these exhibits will need to remain flexible, as the nature of BBAZ’s mission mandates a constantly-changing collection of animals.

“It’s a fascinating way to approach zoo exhibit design,” says Tarpley. “It’s not about designing a raccoon habitat or a snow leopard habitat. It’s about designing flexible spaces with appropriate enrichment for the types of animals that may inhabit them in the future, from the curious and energized, to the calm and sedate, to the social. We need to deeply understand the wide variety of animal behaviors and abilities that might live in these spaces, and then create the most comfortable and stimulating environments appropriate for that variety.”

Construction is tentatively scheduled to begin in the Spring 2016! 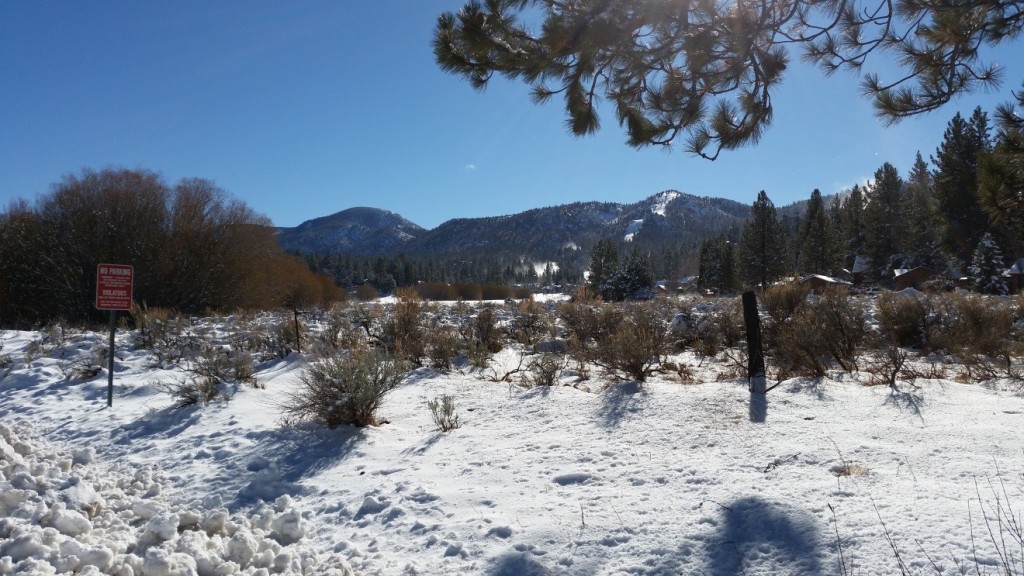 PGAV Destinations is a global leader in the planning and design of unique destinations. Now in its fifth decade, the practice has evolved to become the ideal destination-consulting partner, skilled at developing growth-oriented master plans and translating those plans into successful projects. No other firm offers such an integrated approach to destination planning.

PGAV’s key clients include industry leaders such as Delaware North Companies, SeaWorld Parks and Entertainment, the Biltmore Companies, Bass Pro Shops, Ameristar Casinos, Universal Studios, The Gettysburg Foundation, the Saint Louis Zoo, and many others. Recent assignments include planning and design at many of the world’s “must see” destinations, including the Grand Canyon, Biltmore Estate, Space Shuttle Atlantis, Chimelong Ocean Kingdom, the Georgia Aquarium, the Hoover Dam, and SeaWorld Adventure Parks.  www.PGAVDestinations.com

The Big Bear Alpine Zoo is a rehabilitation facility offering injured, orphaned and imprinted wild animals a safe haven; temporarily while they heal or permanently as they are unable to survive on their own. 90% of all animals brought in for rehabilitation are successfully released back into their native environment. Those that remain on exhibit are either too injured or have been imprinted by humans, and cannot be released back into the wild to care for themselves.

The Big Bear Valley Recreation and Park District, a Special District of the County of San Bernardino, owns the zoo, the facilities and the animals. County employees are hired for animal care, grounds keepers, maintenance, education and administration. The Park District oversees the operation of the zoo, and the Curator oversees the day to day activities of the zoo. The zoo is located within the 3rd District of the County of San Bernardino, California, in the San Bernardino National Forest at an elevation of 7,140 feet. https://bigbearzoo.org/

to approve the project!!

The development of the new zoo on the proposed relocation site went to the County Board of Supervisors for review on March 25, 2014 and was unanimously approved.

The 30 day public review period took place in early 2013 and included an opportunity for local residents to attend an “Open House” style public meeting at which the public reviewed the draft environmental document, viewed the scale model and renderings, and asked questions of project designers and County staff.

The Zoo relocation project has been a long time collaborative effort of the County Board of Supervisors, Special Districts Department, Park District Administration, Zoo Administration, and Friends of the Big Bear Alpine Zoo.  The approved location will enhance the facility in hundreds of ways, and most specifically improve size and quality of inhabitant enclosures, health and welfare of each animal, rehabilitation and release capability, facility awareness, education, and overall visitorship. We hope you’ll join us by supporting this exciting endeavor. 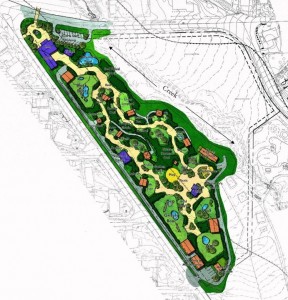